Toronto Public Library was looking for an engagement campaign to increase visits and library card registrations. Our campaign launched with a guerilla stunt: 100 librarians marching from the Toronto Reference Library to City Hall, each wearing t-shirts with one reason to check out the Toronto Public Library. The campaign was supported by social media, digital, print and OOH. We managed to get #TPL100 trending on Twitter with no paid media (or budget, for that matter), increased foot traffic and awareness, and got many public figures involved, including Mayor John Tory. 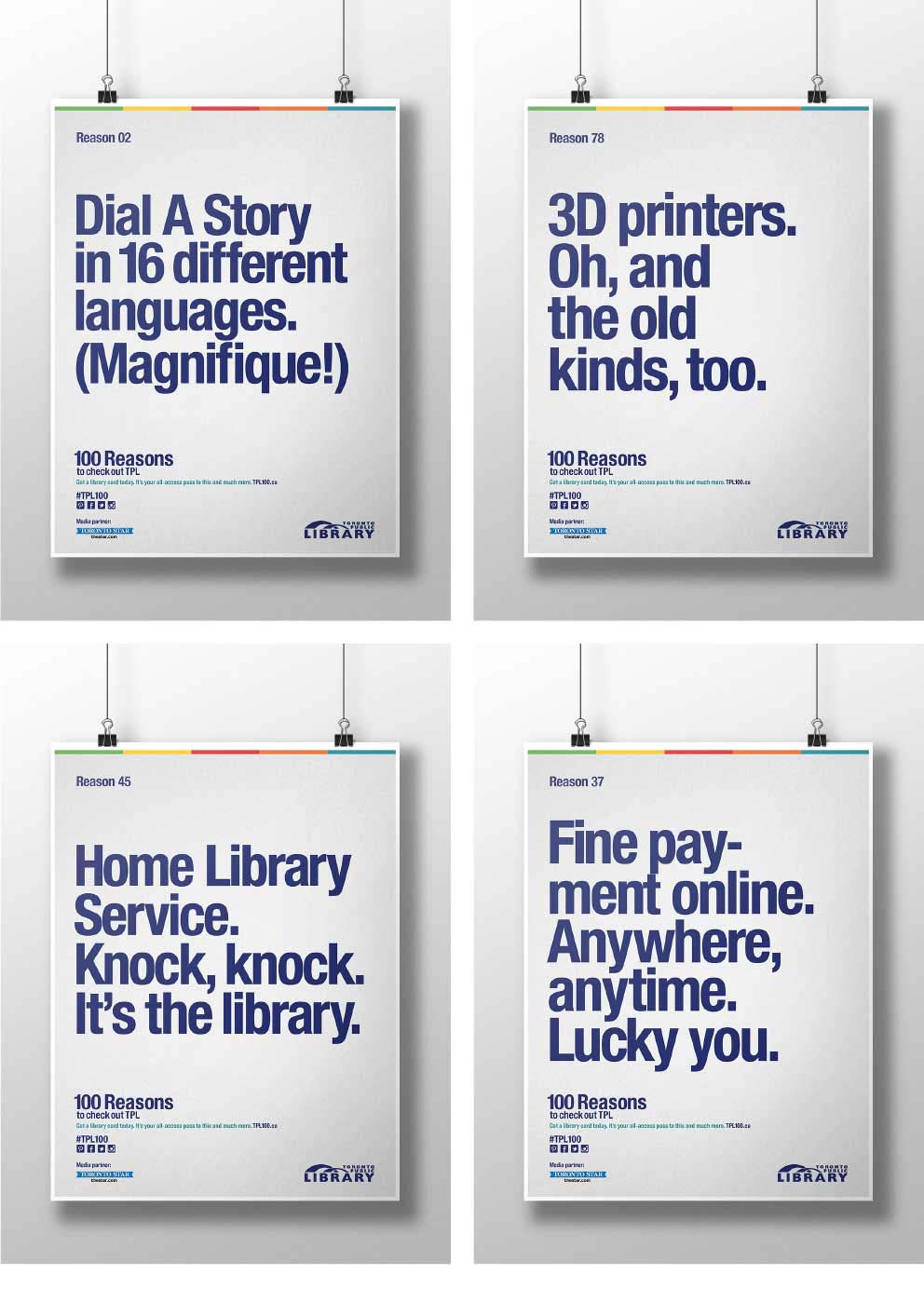 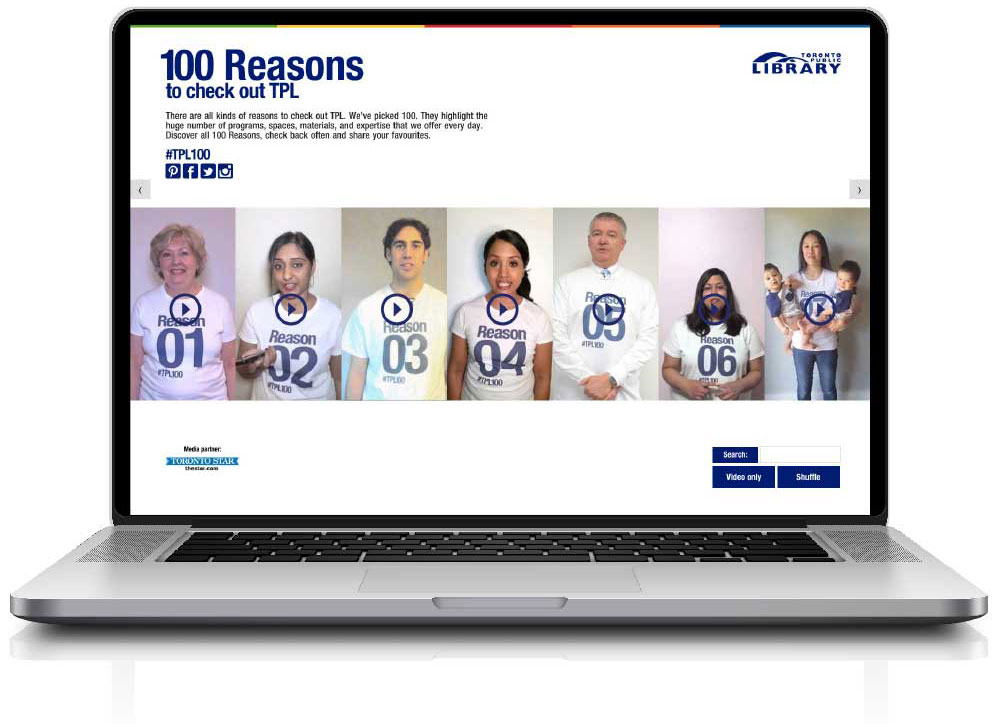 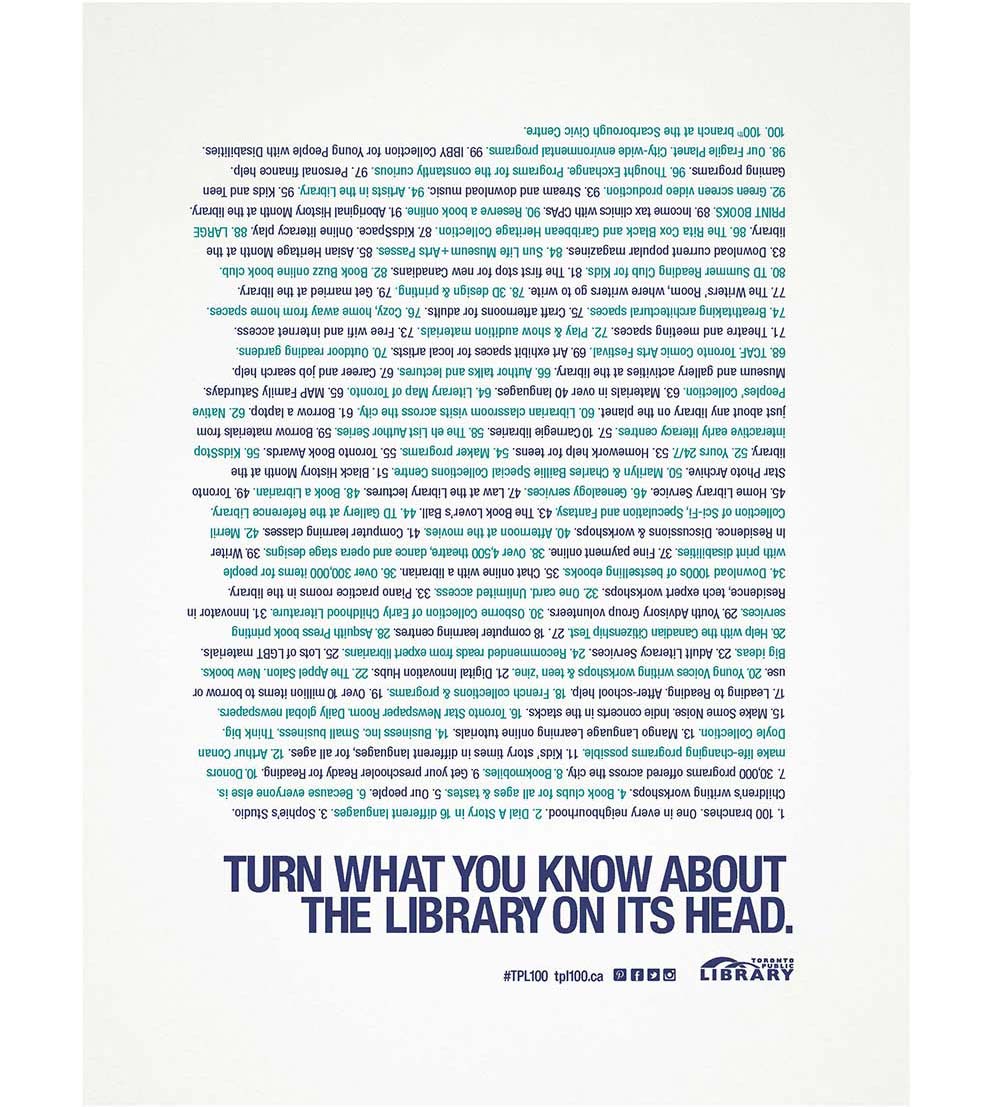 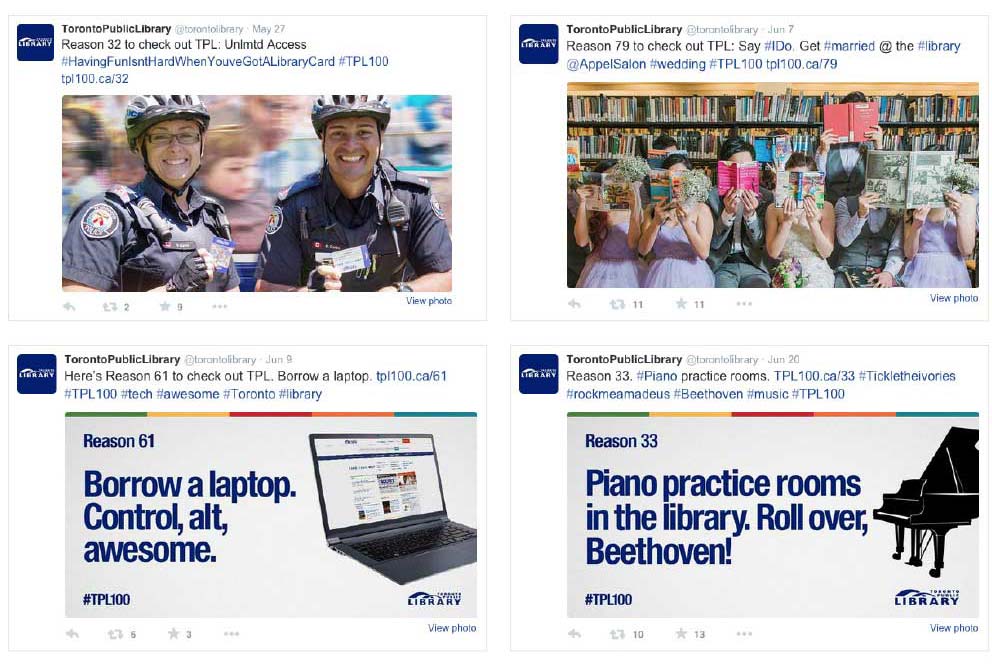 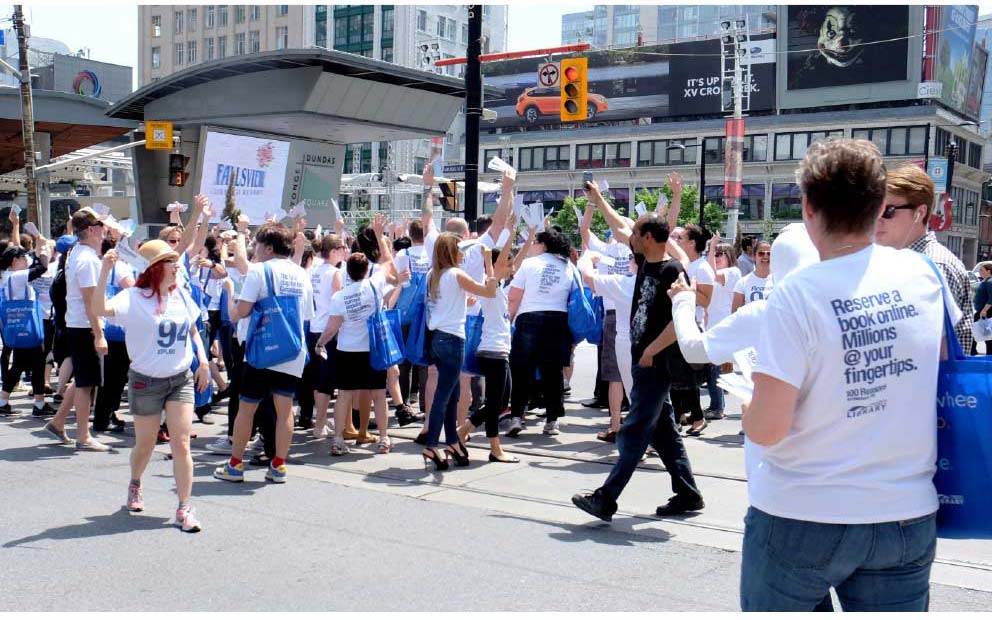 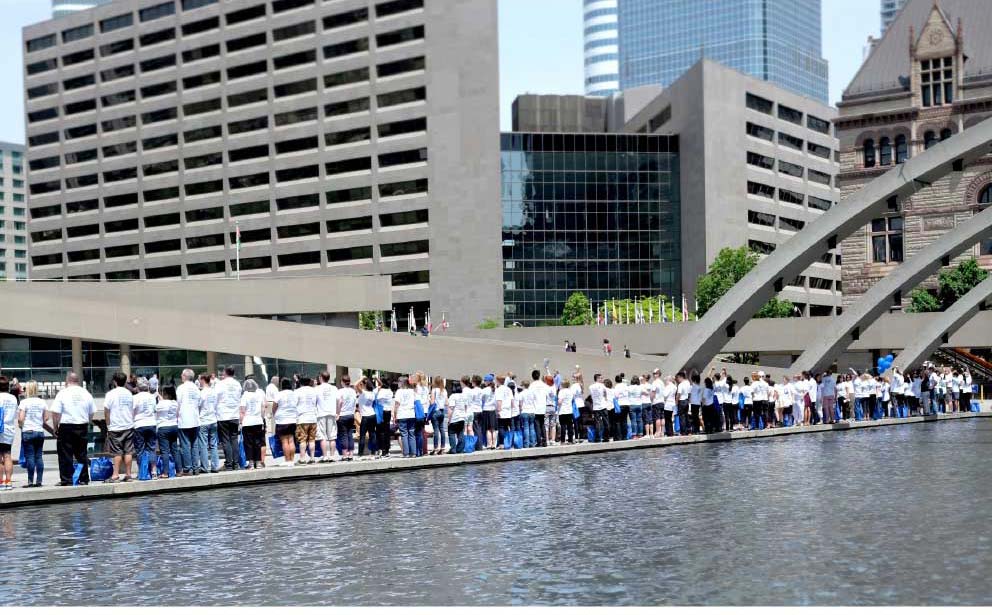 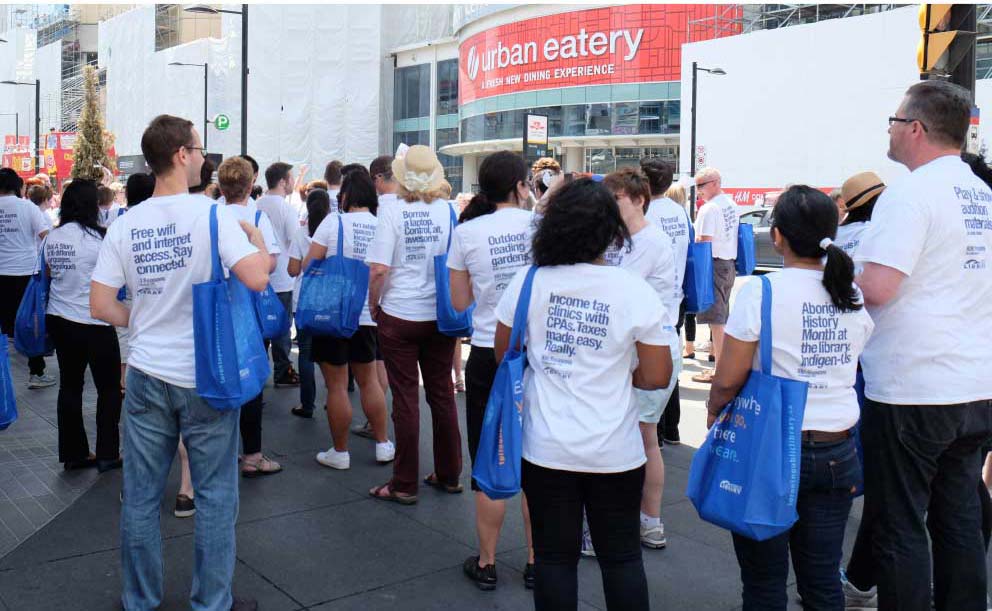